There’s one coin that makes most Australians check their change without fail. And who can blame them? Find this special coin and they could be holding a £200,000+ penny… 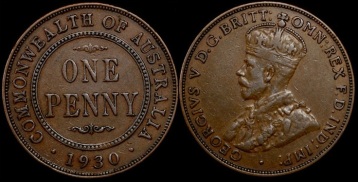 By no means the rarest Australian coin, the 1930 penny is without doubt the best known. There have been books, webpages, emails and countless blogs written on the coin, but why is it so rare and so valuable?

Just look at the mintages for the Australian Penny in a 10 year period from 1927 to 1936 and you start to understand the appeal of the 1930 issue.

Nobody knows for sure how many pennies were issued in 1930 because surviving Mint records are so thin on the ground and those that are available are sketchy at best.

Any mintage figures that are accepted in numismatic circles today have been deduced from second-hand information.

One of the more affordable examples of this classic rarity goes under the hammer in Queensland next week.

The example is graded “Good Fine” and carries an estimate of just over £9,000. 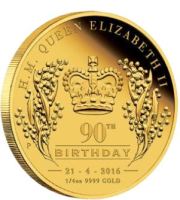 The Perth Mint have issued this stunning proof gold coin to commemorate Her Majesty’s 90th Birthday.

Just 1,000 will ever be struck and we have been able to secure just 20 for Coin Portfolio Management clients, which we offer now on a first-come, first-served basis.