The US Mint are currently developing a new pink commemorative coin to promote breast cancer awareness and raise money for cancer research.

The coin’s design will be decided by a contest, with release expected for 2018.

The pink-gold coin will be part of a set of three new coins aimed at promoting breast cancer awareness and helping to fund research. The idea was mooted in 2013 and the requisite legislation was signed by President Barack Obama last month.

Breast Cancer Research Foundation will receive a donation from each coin sold, with at least $35 coming from each pink-gold coin. 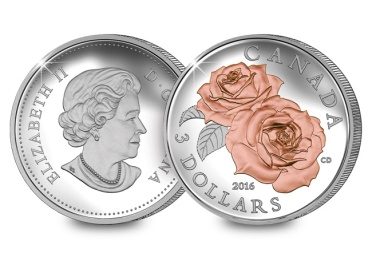 Pink-gold coins are not particularly common, which makes them very popular with collectors. The US Mint is actually having to develop a new formula to give the coins a pink tint.

The only pink-gold coin I have seen recently came from The Royal Canadian Mint as part of Her Majesty’s 90th birthday celebrations. It was actually a silver coin with pink-gold plating and it looks likely to sell out its full edition limit of 10,000 in a matter of days.

You can see that coin in full detail by clicking here