…and why they’re so scarce

Whilst Gold is the most popular of the precious metals, Platinum is much, much rarer, making it the preferred choice for coin collectors looking for something that very few people can own.

How rare is Platinum?

Very. So rare, in fact, that all of the Platinum ever mined could fit into your living room. 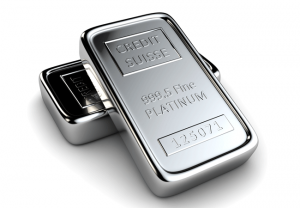 There are very few places where Platinum can be found. Russia is a big producer, with deposits found along the spine of the Ural Mountains.

The world’s largest deposit though is found in South Africa, whilst America has a few mines and Canada just one.

Limited supply fuels the price as demand stays strong. Since the start of last year, the Platinum price has risen 32%, but it still has a long way to go to reach the highs of 2011.

With most Platinum being used by the automotive industry, very little is available for the striking of coins, so Mints are extremely selective in the coins they issue in Platinum.

Take a look at the UK offering over the last few years and you will find just a handful of coins, most of which have edition limits below 100 coins.

They all also have one thing in common – they all sold out. 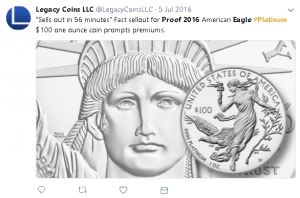 Platinum coins selling out and selling out quickly is the norm. I reported last year about the US Mint’s incredible 56 minute sell-out of 10,000 Platinum Proof Eagles.

The small number of coins issued each year, the low edition limits and the demand from collectors make Platinum coins a must for any Portfolio.

To mark the 70th Wedding Anniversary of The Queen and Prince Philip, a special Platinum Penny has been issued.

It is available here while stock lasts