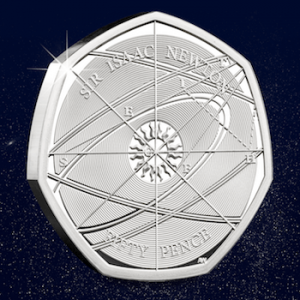 The precious metal limited edition versions of the UK’s new official 50p launch today. It’s a coin that means more than most to The Royal Mint…

The 50p features a stunning design based upon one of Isaac Newton’s key principles about gravitational pull.

Newton is being honoured on a UK coin to mark the 375th anniversary of his birth.

I’m sure you’ll know his standing as one of the world’s most influential scientists for defining the laws of gravity, but why is he so important to The Royal Mint? 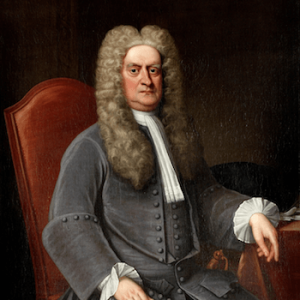 Isaac Newton was appointed Warden of The Royal Mint in the spring of 1696. He took the role very seriously, actively pursuing counterfeiters to the point of disguising himself in bars so that he could gather evidence to prosecute.

By 1699 he had been made Master of the Mint – the highest officer in The Royal Mint and a post which he occupied until his death in 1727.

During this time Newton took an active role in reforming the nation’s coinage.

He produced a complex and meticulous report, commonly known as ‘the valuation of the guinea’, in September 1717 that was pivotal in establishing gold coin as the pre-eminent currency of the United Kingdom.

His report suggested setting the gold guinea’s value at 21 shillings, which paved the way for the introduction of the Gold Standard a century later.

A recent analysis suggests that Isaac Newton saved the UK economy the equivalent of millions of pounds by implementing measures to standardise the country’s gold coins.

Scrupulously exact, he was an honest and respected man who set the standard. Thanks to Newton’s vision, Royal Mint coins remain unrivalled in their accuracy and purity to this day.

That’s why the new 50p coin, marking the 375th anniversary of his birth, holds such significance for The Royal Mint. He is, without doubt, the most famous Master of the Mint and one that has already been immortalised on UK coinage. 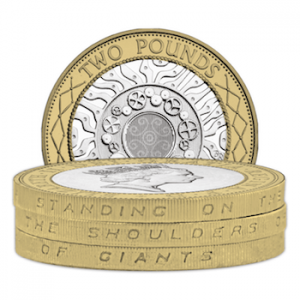 Standing on the shoulders of giants

Take a look at the edge of a £2 coin and you’ll see (with the help of a magnifying glass) the quote “Standing on the shoulders of giants”.

This comes from a letter written by Newton in 1676 to his fellow-scientist Robert Hooke, acknowledging the debt he owed to other scientists. 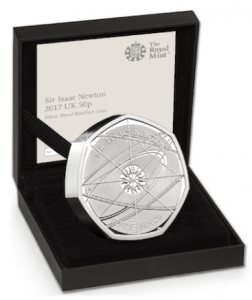 We have a small stock of the new UK Silver Piedfort Isaac Newton 50p available on a first-come, first-served basis.

It’s one of the best designs I’ve seen in a long time and it’s sure to be popular with collectors as the only official UK coin to celebrate the 375th anniversary of his birth.

The Royal Mint has placed an edition limit 25% less than that of the Silver Proof 50p, authorising just 3,000 coins. I recommend that you secure your double-thickness Silver Proof Piedfort 50p coin before it’s too late.