I’m in Philadelphia for the American Numismatic Association’s World Fair of Money. The primary reason for my trip is to meet with all the world’s leading mints and dealers, but I couldn’t resist a quick visit to the show itself, especially with a $3m coin on display.

Without further ado, let me introduce you to the 1913 Liberty Head Nickel. 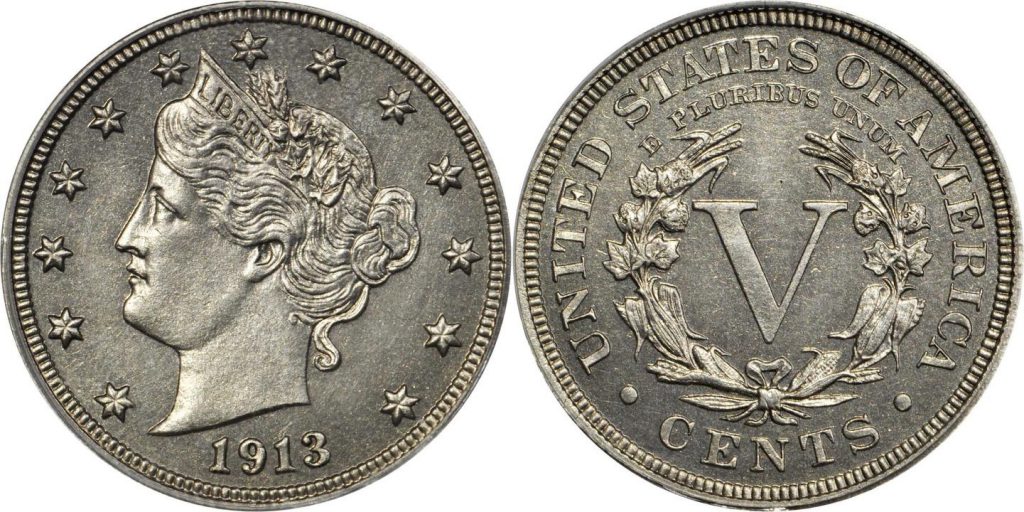 In 1913, the decision was made to replace the Liberty Head design used on the Nickel and replace it with the Indian Head.

All five were owned by a collector by the name of Samuel Brown, who attended the same show I’m at now back in 1920 to display his mystery coins.

The story goes that he placed an advertisement in the December 1919 issue of The Numismatist magazine, offering $500 for any 1913 Liberty Head Nickel and acquired the five coins.

However, the commonly held belief is that this was an act of misdirection on Brown’s part. You see, Samuel Brown was working for the US Mint in 1913, so common sense suggests that he simply struck the coins himself without the knowledge or consent of the mint and took them for himself.

Such unauthorised strikes were not uncommon in the 19th century, so this certainly seems the most plausible explanation.

The coins have developed a cult-like following amongst collectors and, after Brown sold them in 1924, each coin’s subsequent journey have been documented.

Here are the latest selling prices for the other three 1913 Liberty Head Nickels:

The coin I’m looking at has just been sold at the ANA auction. The final price? $4.56m.

I wish I could bring this classic American rarity back with me to the UK, but I haven’t got $4.56m and there are a lot of security guards around here…

Own another Nickel with an incredible, infamous history… 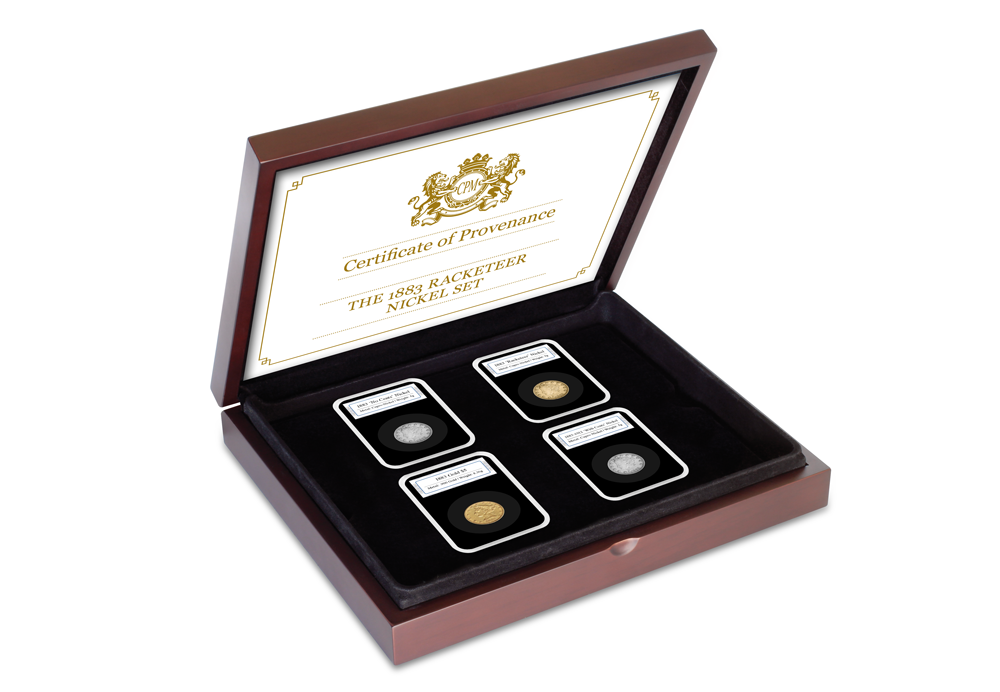 In 1883, The US Mint changed the design of the nickel to look remarkably like the gold $5 coin of the time.

It didn’t take long for an enterprising man called Josh Tatum to get hold of thousands of nickels, plate them in gold to appear like $5 coins.

He went from town to town buying 5cent items with the fake $5 and getting the $4.95 change, making huge profits.

He was eventually discovered and prosecuted.

That’s where the story gets really interesting…

He was acquitted of his crimes because he was a deaf-mute so no one could say he had asked for the change!

Tatum’s actions prompted the government to halt production of the nickel and change the design to include the word ‘cents’ on it to prevent such forgery.

Today, you can add the fascinating “Racketeer Nickel Set” to your collection for £1,495.

Your set includes the original 1883 nickel design, the gold-plated ‘racketeer’ nickel that masqueraded as a $5 coin, an original gold $5 coin and the corrected nickel design including the words ‘cents’.

In short, it tells the whole tale in one complete set.

I only have 15, so please be quick to make one yours.