Recently, a very rare Morgan Dollar sold for $16,450 at auction. You’d think the seller would have been delighted, but it barely achieved half the price of the same coin at an auction in 2014.

The coin, an 1892 Morgan Dollar from San Francisco – the rarest Morgan Dollar, had been “doctored” to improve its look.

Professional Coin Grading Service (PCGS) could not grade the coin, saying “This ‘No Grade’ covers anything added to the surface of the coin to either ‘improve’ its appearance or to cover marks. Surface alteration methods include adding dental wax, putty, lacquer, nose grease, etc.”

This particular example had merely been cleaned, but that resulted in a sale price of $16,450 compared to an untouched example which sold for $30,550 just a few years ago.

Of course, it is not always easy to detect alterations to a coin – even for the experts, which is why you should always buy from a trusted source. Here at CPM, we pick the coins for you, so you don’t need to worry and, by ordering your coins from CPM, you’re fully covered by our 30-Day Money Back Guarantee.

The Morgan Dollar was struck in the time of cowboys, outlaws and the frontier. It represents the history of “old” America.

But millions upon millions of Morgan Dollars were melted down. In 1918, over half in circulation were recalled and melted down by the US government. Then again in the 1960s and 70s as opportunists sought to make a quick buck by turning coins into silver bullion.

Less than 1 of every 5 Morgan Dollars struck is believed to survive today and American collectors love them, so relatively few make it to the UK. 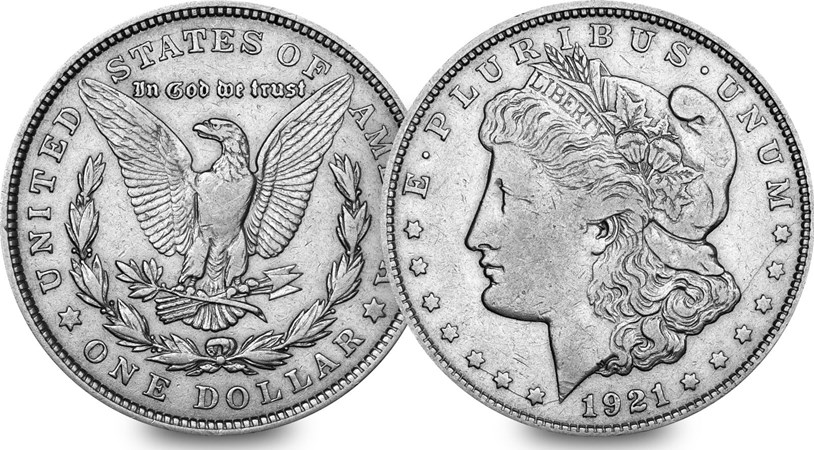 One thought on “Whatever you do with your coins, don’t do this”