The £1m barrier has just been broken for a British coin for the first time, with an anonymous collector paying the princely sum at auction late last month. The coin’s price tag has almost doubled in just 6 years after it last sold for £516,000 in 2014. So what makes a coin worth £1m? Firstly, […]

Today is one of the most important days in any coin collector’s year – the day the brand new UK Gold Proof Sovereign is released. Quite simply, the Gold Sovereign is without rival as the United Kingdom’s premier Gold Coin. Struck from 22 Carat Gold to the exact same specification since 1817, it epitomises all […]

The Sovereign dates back over 500 years and, in that time, there have been numerous special issues and fascinating stories. But you probably don’t know the one about secret experiments done with gold containing traces of arsenic and lead that created a Sovereign said to be indestructible… It was 1859 and a new shipment of […]

The Sovereign is without rival as the United Kingdom’s premier Gold Coin, with rich history dating back well over 500 years. It epitomises all that is British. Traded across the world during the 19th Century and early 20th Century, it became known as “The Chief Coin of the World”, whilst today’s modern Proof Sovereigns show […]

Christmas Day, 1914 was a curious day. Instead of the usual dawn chorus of rifle fire across no man’s land, British troops in the trenches awoke to an eerie calm. As the sun rose, German soldiers called for their British counterparts to meet them in no man’s land. Fearing a slaughter, the British were understandably […] 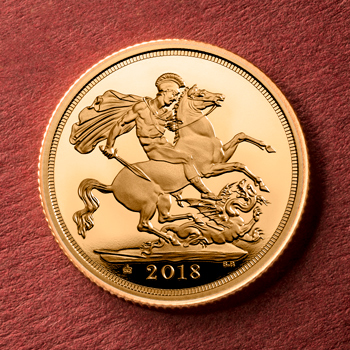 6 November 2017 saw the release of the brand new Gold Proof Sovereign – the 2018 release is particularly important. To mark the 65th anniversary of Her Majesty’s Coronation, The Royal Mint have issued the Proof Sovereign with a unique one-year-only “65 Crown” mint mark. There has never been a mint mark of this kind […]