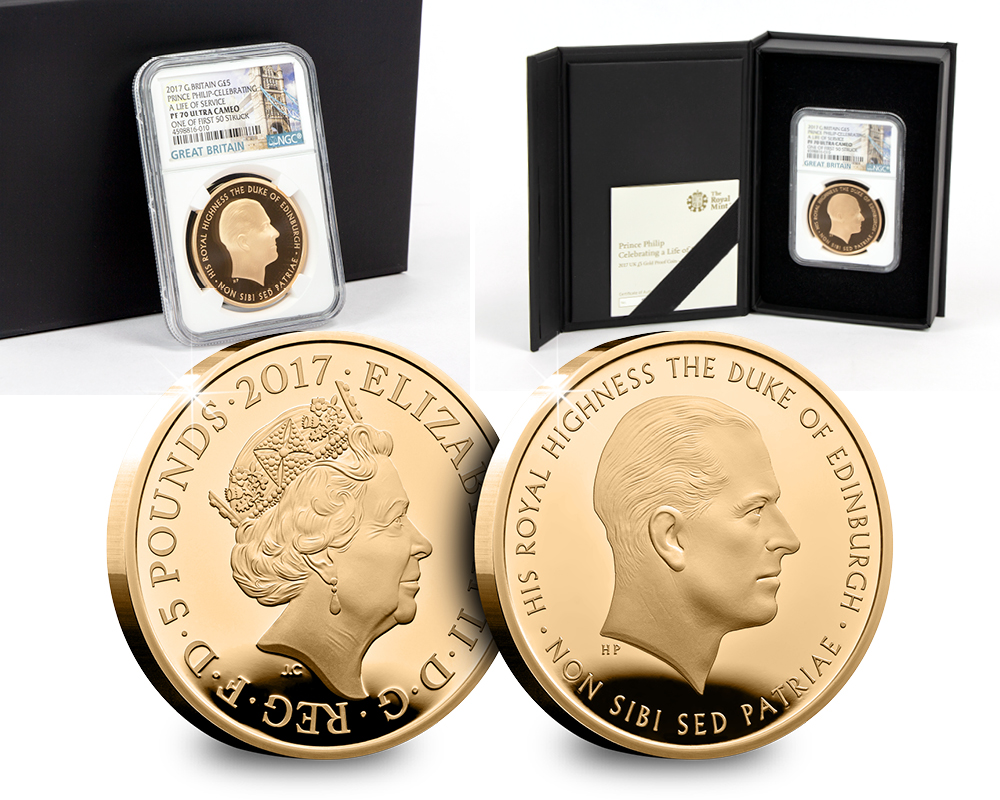 VF-30, XF-45, AU-50, MS-70, PF-70… These are just some of the grades that a coin can be assigned. Quite frankly, it’s a minefield of acronyms and numbers, but I recommend you try to understand the basics of coin grading.

Why? The same coin with even a slight difference in grade could be priced thousands of pounds apart.

Let’s start with the basics…

What is coin grading?

The primary purpose of grading a coin is to determine its quality and, ultimately, its market value.

The adjudicator will judge how well the coin has been struck and, if the coin is not a brand new release, how well it has been preserved and how much wear and damage the coin has sustained.

What is the 70-point grading scale?

It was devised to give collectors an empirical record of the quality of their coins. Before the Sheldon Scale, coins were described using adjectives such as fair, good and excellent, based on the condition of the coin. There was no consistency in what these words meant though, so the scale was created to end any debate.

On the scale a coin can receive a score between 1 and 70, with a coin scoring 1 being defined as having “enough detail to identify the coin’s date and type. Rims are flat or nearly flat.”

70 is the Holy Grail. For a coin to achieve a perfect score of 70 it must have “no post-production imperfections at 5x magnification.” Basically, it’s the perfect coin.

On a recent trip to America’s biggest coin show, I wandered from table to table and saw the same thing – collectors searching through the stock on show and asking the seller what graded coins he had.

The graded coins are the trophy for collectors who want the best example known to man and, quite often, something nobody else has.

The coin you see here was a special unplanned addition to the UK’s 2017 coin range, marking Prince Philip’s service to the Crown after his decision to retire from public duty.

It was already one of the rarest UK Gold Proof £5 limited to just 350 coins, but The Royal Mint had the first 50 graded and packaged them differently.

They have been judged by NGC (Numismatic Guaranty Corporation), the world’s largest third party grading service, to be the highest grade possible for a gold Proof coin – PF 70. 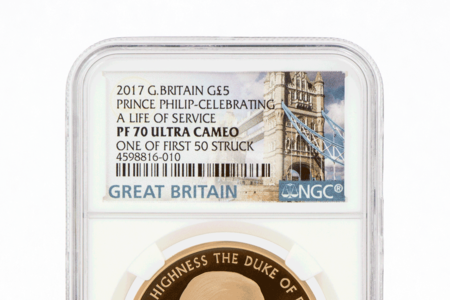 You’ll see that the coin has been packaged in a tamper-proof numismatic capsule to preserve the coin’s perfect state.

If you were a collector of UK Gold Proof £5 coins, this would be the example you’d want.

There can only be 50 examples graded and packaged in this way and you know that nobody would have a better condition coin.