Edward’s successor – his brother and our Queen’s father, George VI was furious at the abdication and made it his mission to see Edward as an outcast and deprive him of access to public monies.

That included a coin that has just been valued at 20 million times its own face value. It’s a coin that the brothers were still at loggerheads over up until George VI’s death early in 1952.

The coin that never was

The coin in question is a 1937 Penny, featuring the head of Edward VIII. Of course, Edward was no longer king in 1937, so The Royal Mint had to pull production of the coin at the last minute.

Such was the intense interest in Edward’s forbidden relationship with Wallis Simpson that the newspapers actually reported the news of The Royal Mint’s decision to drop the coinage.

Unbeknownst to the papers and the public though was that a proof presentation example of the coin had already been minted.

According to historical records, Edward asked for the 1937 penny soon after his abdication but his request was denied by his brother, the new King, George VI.

Historians say George was furious at what he saw as the selfishness of the abdication. Across a number of phone calls, he made it clear to his brother that he was determined to keep the famous penny out of hands.

Edward wouldn’t let it go though, with documents dated December 1951 showing that he was still making enquiries about his penny at the time, but would again be disappointed.

King George VI died on February 6, 1952, and though Edward survived him by 20 years, the penny would always elude him.

How the penny came into the public domain remains a mystery, with the belief that The Royal Mint may have sold it to an American collector at an unknown date.

Being the only privately traded example of the coin that exists, the sky’s the limit for the 1937 Penny.

We can’t offer you access to the 1937 Penny, but you can make a very scarce Gold Penny yours today for just £179. 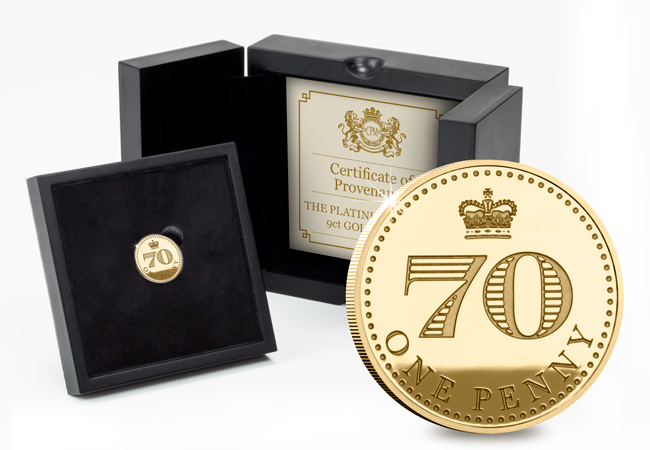 This 9ct Gold Penny has been issued for Her Majesty’s Platinum Jubilee and limited to just 995 pieces.

We have limited stock available, so click here now to make one yours.