Collectors can now own the complete UK Queen’s Reign £5 collection as the third and final coin is released today from the Royal Mint. Importantly, each coin is united by the Queen’s signature, and for it to feature on each coin is this collection is incredibly rare and unique – it’s actually the first time […]

The FA Cup is featuring on a UK coin for the very first time in 2022 to celebrate 150 years of the world’s longest-running football competition. Find out more about the design and the history of the cup by clicking on he points below.     If you’re interested… You now have a chance to secure […]

Earlier this year, an announcement by Royal Proclamation confirmed that a 50p coin will be used to celebrate Her Majesty’s historic Platinum Jubilee. The Royal Mint have confirmed this coin will be released individually on the 6th January 2022. They have also officially revealed the reverse design: Paying tribute to Her Majesty’s record-breaking reign the elegant […]

Prince Philip’s and Queen Elizabeth II’s love story spanned decades, so when they celebrated their Platinum wedding anniversary in 2017 it was only natural that it would be marked with a UK release. But one coin stood out above all the rest. And it came with some interesting details. Click on the points below to […]

The tanner. The shilling. The florin. The half crown. These were all everyday coins that were consigned to history overnight on 14 February. The next day, Britain “went decimal”. Do you remember Decimal Day? Did you go to bed on 14 February 1971 with 12 pennies to the shilling and 20 shillings to the pound […] 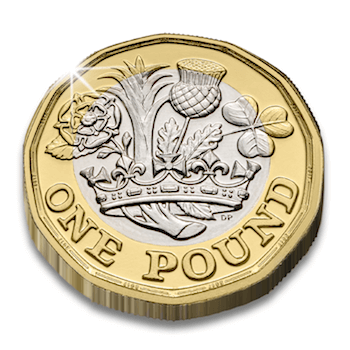 It’s just a month to go until the Royal Mint releases the first of the new 12-sided £1 coins into circulation and it’s already causing considerable excitement amongst collectors. With 1.4 billion new coins due to hit the streets, getting hold of a new shiny £1 coin is not going to be much of a […]

The Royal Mint chose the release of the 2015 Gold Sovereign to announce another piece of news that means the Gold Sovereign will never be the same again after 2015. In a move that is presumably designed to mark Her Majesty the Queen becoming the nation’s longest reigning monarch in September 2015, the Royal Mint […]